Changesets sometimes are not firing Builds

We have observed many Changesets are not firing Builds by Repository Triggers, but we can’t make the problem reproducible.

This leads me to conclude that there is no misconfiguration, but there is something else preventing the trigger from triggering the build. We have tried to enable logging on Continua.Server.Service.exe.config but we have not found any information that would lead to the problem mentioned.

How could I find out why many Changesets aren’t firing Builds by Triggers?

Follows print of a recent example. No associated builds for this changeset: 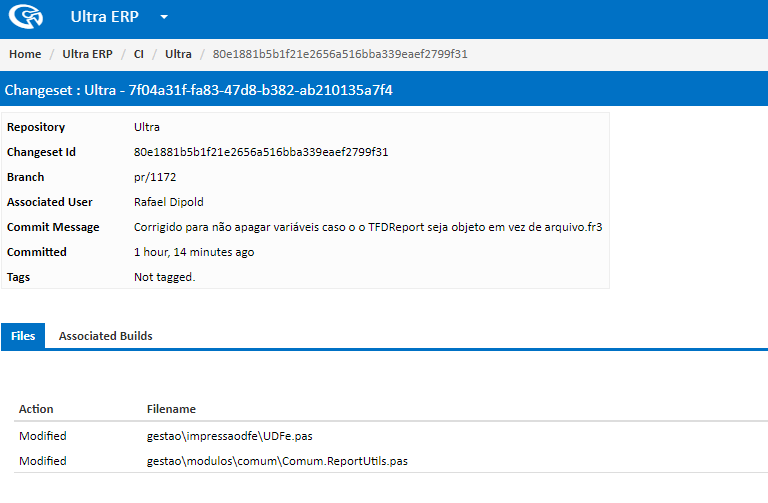 In the Changes tab, the changeset only appears on page 9 although it was one of the most recent: 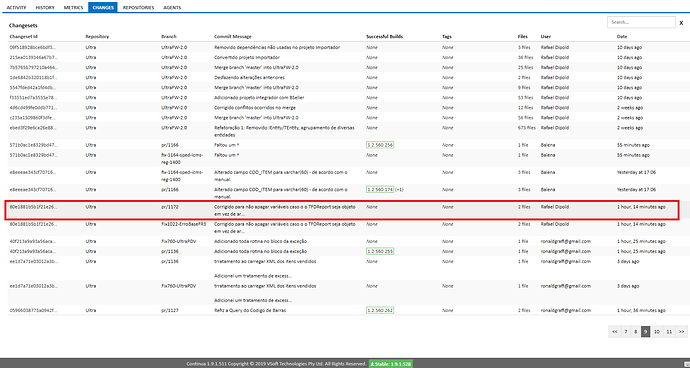 Trigger that should have fired, Files configuration: 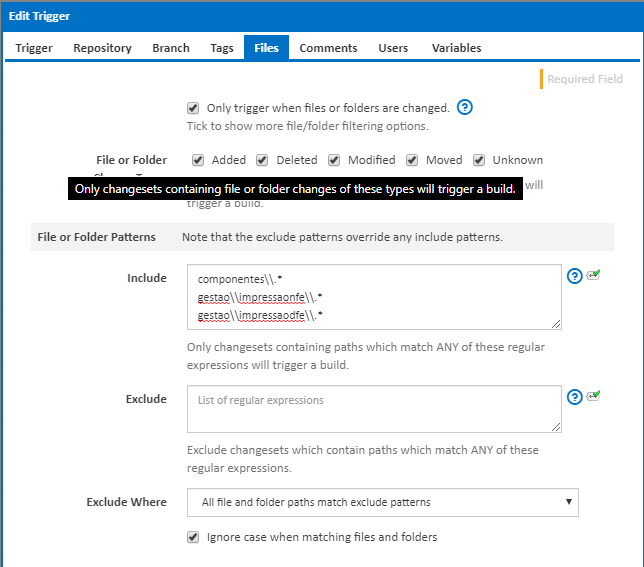 Making a fake commit, same files, the Build was fired by Repository Trigger:

Are there any relevant errors on the Event Log page in the Administration section?

Otherwise, we would need to see a debug log (and the rest of your trigger settings) to understand what is happening here.

If debug logging was enabled when the changeset was committed and detected, then send a copy of the debug log to support @ finalbuilder.com (or to me on this forum via a direct private message). If not, then enable debug logging and wait until the issue occurs again before sending the log.

There are many log messages in the relevant area of code, so this should allow us to diagnose the issue.

We have sometimes seen this warning in event logs, but the timestamp does not match the problem that occurred:

Meanwhile, I will re-enable the debug log and monitor the next time the problem occurred.