I want to setup continua with octo deploy. In the past I was able to do it. but now with newer version of octodeploy it seems difficult

2.) it seems like some thing don’t match anymore. in continua the property collector looks for a octo.exe but i only find a octopus.server.exe is this what is meant to bew ? I changed it that way but not sure if its correct. To what exactly should this path point? 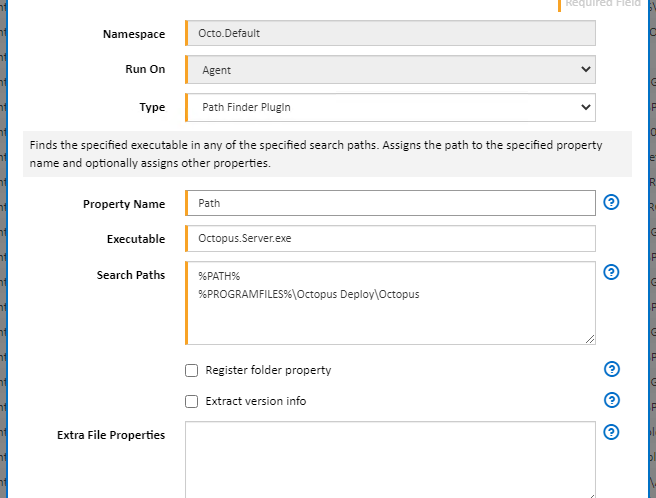 As a result when I build and push my application I get the result that the given ressource isn’t found
{ “ErrorMessage”: “The resource you requested was not found.” }.

Any help is very appreciated

Yes, the blog post that you linked to is quite old now. The Octopus Deploy UI has changed quite a bit since then, so we’ll look into putting out an updated blog post.

Although old, the blog post, is still applicable - we have a configuration on our server based on these instructions which still deploys to the latest version of Octopus Deploy. There’s a few changes to the names of the steps in Octopus Deploy - for example, instead of a “Deploy a NuGet package” process step use a “Deploy to IIS” process step - but the Continua CI configuration is the same depending on the type of project to want to deploy.

The Octo property collector should be pointing to the location of the Octopus CLI executable. It is needed when using the Octo Pack and Octo Push actions, but neither of these actions are required when deploying a project using the MSBuild action and the Octopus Deploy build event handler, as described in the blog post.

For the deployment step to work, the package first needs to be created and published to the Octopus Deploy server. This is generally done using the OctoPack nuget package which needs to be installed to your project.

If the relevant properties are added to the MSBuild (or DotNet build) action, e.g.

… then the build output is automatically packaged and published to the Octopus package feed.

The Deploy action of the Octopus Deploy build event handler will then deploy that package to the specified target(s).

Let us know which part of the blog post instructions you are struggling with and the type of project you are deploying, and we’ll provide some additional guidance.